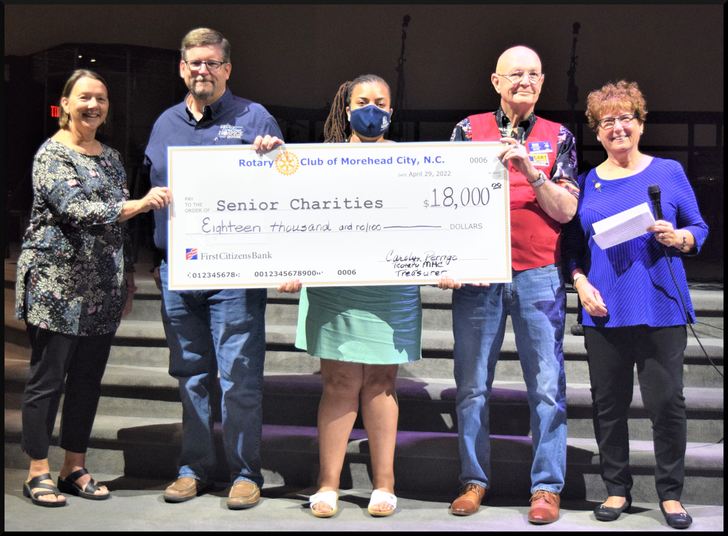 The two pictures below show Barbara Johnson (President Morehead City Rotary Club) handing Norm Rogers (CART Executive Board) a $4500 check for CART. They are standing in front of the WORLD’S LARGEST ROTARY WHEEL. It’s 240 feet across and is the world's largest Rotary symbol. It was built in Greenfield Park, in Wilmington, NC, in honor of this club's 50th anniversary. The project had its origins in 1924 when the Rotary Club adopted the cause of developing Greenfield Lake as a public park.
Then in 1945 the Wilmington Rotary Club obtained discarded seating from The Lost Colony outdoor drama in Manteo, and brought the seats to Wilmington. Rotarians scraped, sanded, painted, and installed the seats in the Wilmington amphitheater. The story gets better and better and can be read at the club’s website. Rotary Club of Wilmington (wilmingtonrotaryclub.org)

Following pictures from April 9, 2021, performance at GTC with proceeds being given to cutting-edge Alzheimer's Research.
Back to Home Page